I spent each term of 1994 at a different school. Term one was at Wondai State School, term two was at Proston State School. By the time term three was on the approach, it was time to move again. Why? I don’t even know, and I’m not in a position to ask. But this time, we were moving 174 kilometres south, to the charming hamlet of Crows Nest, in Queensland’s Darling Downs. A small town with a local, artisanal cordial factory, it looked like it had all the folksy charm of Stars Hollow, the town from Gilmore Girls. It even had the vague shape of Stars Hollow: the cordial factory, supermarket, butcher, baker, fruit shop, bank, hardware store, haberdashery and fish & chip shop all bordered the cute and kitschy town square park. 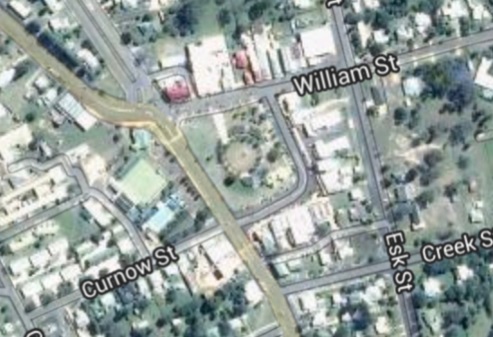 My grandparents bought their house to the west of the town square, nestled at the end of Short Street.

Short Street was indeed short, and came off Sharp Street. There was no Sweet Street, which seems to me like a missed opportunity.

The fence of their house at Short Street backed onto hole six of the Crows Nest Golf Links. It was a great location; the golf course made it seem like the backyard was endless, and impeccably well kept. My grandparents even found an old set of golf clubs at an op shop and took up what they called “hit & giggle”, where they’d play golf extraordinarily badly and laugh about it. It was fun, but also illegal, as they’d simply scoot out onto the middle of the fairway at hole 6 (which was the furthest distance from the clubhouse), play to hole 8, then dash across to hole 4, play back down to hole 6, and then go back into the house. They didn’t pay club fees, they didn’t pay for the course itself, and they sourced balls from their own backyard (people who hit balls into other people’s backyards are rarely brave enough to go retrieve them). To put it in 21st century terms: my grandparents were illegally downloading golf. They were golf pirates. 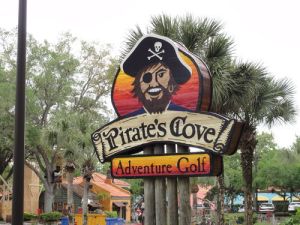 I enrolled at Crows Nest state school: my third P-10 school for the year. It seemed okay. A few doors down from my house lived someone from my class, Jeffrey. We became friends and my grandmother immediately took a disliking to him. The cynic in me wonders if my grandmother didn’t just hate all my friends on spec because my compliance to her nonsense was directly proportionate to my level of isolation, but that’s a Münchausen-by-proxy wormcan I’d rather not unpack. Besides, maybe he really was a dickhead? He was a 14 year old boy, it’s highly likely.

I don’t actually remember much else from living in Short Street. I think by this point I was too exhausted to care. From Murgon to Proston and now Crows Nest; I was on a constant tour of the middle of nowhere. I think I took a small hiatus from having any vested interest in my life. Does that sound needlessly melodramatic? I was (very nearly) a 14 year old boy, it’s highly likely.

Oh! I remember! At some point in the last month at Proston I’d procured a battery-operated clock radio. If I went out to the north-west corner of a paddock up a hill, I could tune into some local radio stations. That, combined with the weekends in Brisbane with dad, had drilled a tiny hole into my pop culture ice moon prison. And through that hole leaked at least two Top 40 songs from the era: Crash Test Dummies’s Mmm Mmm Mmm Mmm and Marcella Detroit’s I Believe.

Very few teenage rebellions take the form of defiant Easy Listening, but here we are.

Anyway, after a couple of months mum came down to stay for a while. It was only a holiday, she had to go back to Darwin, but in the last week she asked if I wanted to go with her. Still feeling the sting of having had to move to some pretty shitty places (Crows Nest might have seemed Gilmore Girls-y, but it wasn’t. And even if it was, my grandparents were Richard and Emily, not Morty and Babette), I said yes. Do they play Crash Test Dummies on the radio up there? They do? Does the TV work? It does? Is my Sega Megadrive still in working order? It is? I’D LOVE TO GO.