The Black Thunder team at B105 in the early 2000s was a dream team. When your job is to drive around in a promotional vehicle all day, stopping only to give out free stuff, you can’t help but have fun and bond with your coworkers. Even though some shifts started at 2am, and some shifts ended with every stitch of clothing and hair follicle reeking of sausages (from the mass-scale barbecue we put on), and some shifts had both those elements, it was still a blast. Okay, it didn’t feel like a blast at 11 in the morning when you had already worked nine hours and smelled like a butcher’s bin, but still. We were a tight-knit group, and pockets of that group remain friends to this day.

The Black Thunder Pilots (yeah, that’s what we were called) were identifiable by their code names. All names were bestowed upon us by the station’s drive announcer, Deano. They were usually a pun on a popular artist of the time, or sometimes a pun on the person’s name. Sarah (my Bardon housemate) was “Miss Demeanour”. Sarah (my radio co-host) was “Goo Goo Doll”. Jonnie was “Buff Daddy”, on account of his spectacular muscles. Gemma was “Atomic Kitten”, but when the actual Atomic Kitten stopped being a thing (look, it took us all by surprise how short-lived they were) she successfully campaigned to be renamed “Gems & Gravy”. Pete was “Scooter”, Zoe was “Sugababe”, Jayce was “Basement Jayce”, Andy was “The Apprentice”, Mark was “Marky Mark” and Dave was “Just Plain Dave”. Okay so there’s a chance Deano had run out of ideas by the end, there.

Me? I was “Ludachris”, and laugh if you want, but I loved the shit out of my code name. 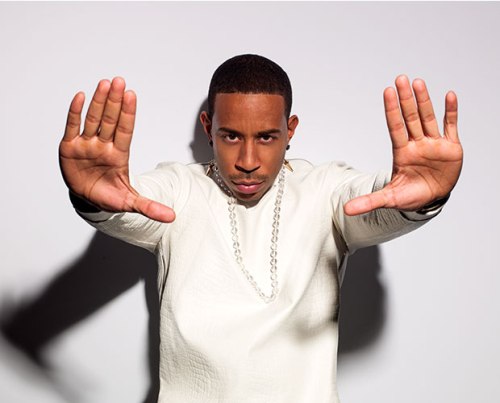 With Sarah—sorry, Miss Demeanour—having moved out, there was not much reason for me to stay at the Bardon Spider Terrarium/Snake-Specific Possum Buffet. So when one of the other Black Thunder pilots mentioned he had a spare room, I was in like a flash. Not only did it give me the opportunity to move back to *hairflip* Ascot, where the fabulous people lived, but it also meant living with another teammate, which was just tremendous. 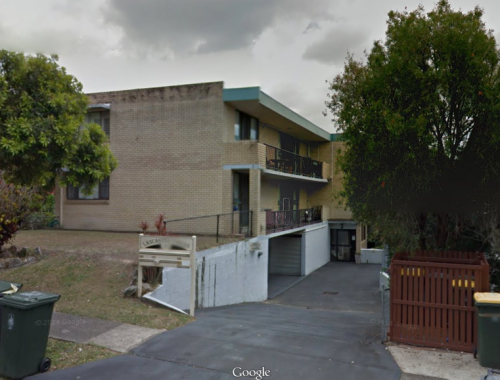 Ah, Lancaster Towers. Our apartment was the one on top. And yes, Upper Lancaster Road is the same road I lived on last time I lived in Ascot. This block of apartments was twenty metres away from the old Mansion of Lavender Doom.

To protect the identity of my housemate, as I have done with other names in this blog, I won’t use his actual Thunder name. I’ll make up a new one that’s in keeping with the theme of the others. To do this, I have consulted the ARIA charts for 2004, and the best option for my housemate’s name is…Milkshake.

Milkshake kept a meticulously clean apartment. Which was surprising considering how much time he spent drunk. Milkshake was gregarious; it was his best quality (his dancing was his second-best quality). Milkshake literally believed that a stranger was just a friend he hadn’t met yet. The upshot of this is if he spent a night out on the town, which he did a lot, he would return home with at least half a dozen people he’d met, and invited home to hang out. To know Milkshake was to be continually meeting new people. Now, as someone who finds the idea of meeting new people terrifying, this was nerve-wracking and frustrating. But: I can safely say that I was never, not for one second, ever bored in his presence.

One morning I came out of my bedroom to find our lounge room floor covered in South American tourists, all sleeping off the previous night on the floor. How long had they been there? Who knows. How long did they end up staying there for? Don’t know that either: I left, because it’s surprisingly hard to watch TV with ten strangers strewn about the place like drunk, snoring confetti.

Milkshake’s wild nights out were kind of an adventure through which I could live vicariously, and I enjoyed that. However, sometimes he and I were rostered on to do the same shifts at work, and then it wasn’t quite as adventurous. Well, no, it was still adventurous, I just reacted more bitchily to it.

The worst was the day Milkshake and I had to do an early shift: it was a 5:30am start. At 4:30am I woke up and showered. On my way back from the bathroom, I noted that there had not yet been any movement from Milkshake’s room. He had been out the night before, and I’d gone to bed before he’d come home, but he wouldn’t have been out all night, right? Surely not. He knew we had work in what was now forty-five minutes.

By the time I’d dressed and put my shoes on, it was 5 o’clock. I was going to have to abandon Milkshake and go to work alone. I headed out into the lounge room, and noticed that the front door was wide open. I’d tried to keep my cool when I realised I’d be going to work alone, but this immediately turned me into a prissy, self-righteous tantrum machine. It’s bad enough that he went out all night and forgot to come home, but he couldn’t even shut. the fucking. door. when he left? Not only that, but our door had a hydraulic spring. It shut automatically. So for it to be wide open, he must have…broken it?

Having already gained quite a lot of momentum in my double-black diamond hissy fit, I decided to lean into it. Throwing my hands in the air dramatically (for whose benefit? Nobody’s. Live life like you’re always being filmed before a live studio audience, I say), I stomped over to the front door to a) check the damage, b) slam it shut, and c) flounce off to work to work in a huff, alone, like a martyr. And that’s when I realised: the door wasn’t broken. The door was open because it was being held open…by Milkshake’s feet. Milkshake was passed out across the corridor of our apartment building: his feet propping our door open, his head resting against the neighbour’s door like a pillow, and his pants down around his ankles. 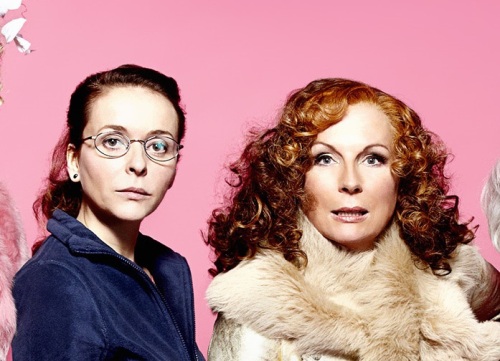 Me and Milkshake: artist’s impression. Full disclosure: when I’m being petulant and tantrumy, I am INDISTINGUISHABLE from Saffron Monsoon.

After checking to make sure he wasn’t straight-up dead, I petulantly kicked him awake (I’d been denied my door slam and my martyrdom: I was spectacularly fractious). With surprising chirpiness, he said “Oh, hey! Good morning!”, pulled up his pants, and disappeared into his room. He emerged exactly seven minutes later: fresh, showered, in uniform, so handsome, and 100% ready to go. We both made it to work on time as if nothing had happened.

Milkshake never explained how he ended up pantsless and asleep in our corridor, and I never asked. Our gentlemen’s agreement on this matter has never been broken.

I only got three months with Milkshake before we received the dreaded “the owner is putting this property on the market, BYEEEEEE” letter from our real estate agent. I don’t feel like I got nearly long enough with Milkshake, or with Ascot, but I did move out very quickly after receiving that letter, lest Milkshake enlist me in helping him get his piano out of a third-floor apartment.