I can’t remember why we moved from Cavell Street, though I’m sure it has something to do with the fact we were living on the opposite side of town to both our high school and the USQ campus. We went from being a twenty minute walk followed by a twenty minute bus ride away from school, to only being a four minute walk away. And who wouldn’t want to live four minutes walk away from Harristown High School? I mean apart from people who’ve been there.

I JEST. The school was fine. Actually it was kind of progressive for a sport-centric school in a country town. They had a Performing Arts Day, which was exactly like a Sports Day, where students competed to earn points for their house, except instead of basketball and running it was singing and drama and dance and art. None of the other 21 schools I attended from 1986 to 1997 offered such a thing, so props where they’re due. The best part was I actually earned points for my school house for the first time in over five years. Not since the Tin Can Bay State School Swimming Carnival, when my togs fell down to my knees as I jumped into the water at the start of the 50 metre breaststroke and I had to swim to the bottom of the pool to pull them up again so that nobody would see my tiny butt HOWEVER a bout of gastro that swept through the school had meant there was only one other swimmer in this particular race so technically I still won second place, had I felt such a surge of school spirit.

So the school was fine; it was just a good solid chunk of the students in the school and the school song that sucked. Seriously, it was awful. The first two lines of the song just name the colours of things. Harristown High School’s school song remains the worst song I have ever heard in my entire life, and I say this as someone who at one time owned three different versions of the Macarena on three separate CD singles. 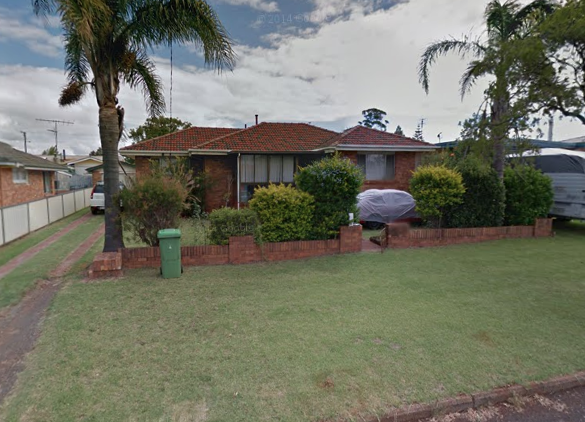 I’m pretty sure I’d thrown one out by the time we moved in here. I think this house was only a TWO Macarena house.

We lived in Canberra Street for twelve months: from July 1997 until July 1998. The story I want to tell about living here is this:

Look at the house. Small, square, brick. A wee fence. Palm trees. There was a decorative butterfly on the external wall, for heaven’s sake. I lived in this house, like really lived in this house, like an actual goddamn person. I walked to school/uni, I walked home. I watched Foxtel, and listened to music. I used the internet like a typically sexually confused teenager: typing “man penis” into Alta Vista, waiting 10-12 minutes (33k modem!) and getting disappointed at the results being nothing but medical journal diagrams.

This house was just a house on a street: not on an island with no plumbing in the middle of the ocean, not on the site of an abandoned drive-in, not on a property with untouchable horses, not in a rural cottage (with faux-crystal doorknobs) built by kindly religious zealots. And there was such little drama: no crazy mean teachers with witch tones, no boating accidents, no peckish burglars, no paedophile babysitters, no crazy drunken quasi-stepfathers, no snakes.

(Yes, I know that is a lot of links. Yes, I know I just made the blog equivalent of a clip show.)

If this had been the house I had grown up in…I think I would have been okay with that. I feel like I would have had a grounded, stable upbringing. I could have felt like a regular kid living a regular life. Like a Keaton. 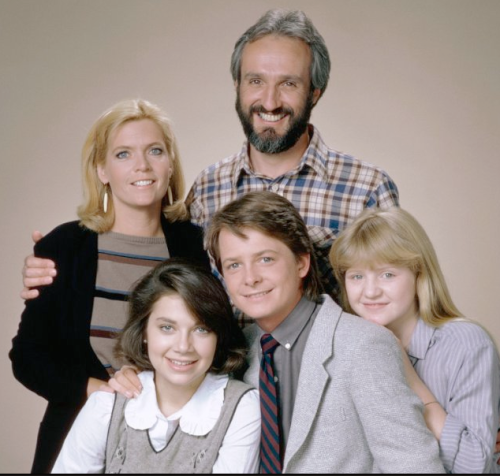 “The Cosby Show”, “7th Heaven”, “Hey, Dad..!” I swear to god, if a cast member of THIS show turns out to be a vile garbage person, I’m burning something down. Don’t let me down Steven, Elyse, Alex, Mallory and Jennifer. ESPECIALLY ELYSE: YOU’RE MY ROCK MEREDITH BAXTER

Then again, if I’d grown up like a Keaton, I would most likely have also turned out to be an irretrievable BORE. And the world would have been deprived of the bucket of broken pieces artfully assembled into a human shape that I have become.

So I’m glad we didn’t live there forever. Besides, the place we moved to next? I was so happy to be going there I would have traded in a THOUSAND Keatons for the chance.