While I enjoyed living in Canberra, and I loved living at the Ponderosa, I’d had my eye on Melbourne since the first time I visited in 2005. So convinced was I that the move to Melbourne was an inevitability, in January 2010 I pre-emptively started dating someone who lived there. My confidence in that particular relationship may have been misplaced, but my confidence in getting to Melbourne was not: in March 2010, I accepted a job in Melbourne and relocated for real.

For the first time in a long time, I was genuinely terrified of moving. Having rubberbanded back to Canberra once after failing so badly at being a Sydneysider, I was worried about history repeating. On several occasions I considered cancelling the move altogether, having almost convinced myself that I wasn’t capable of moving away from Canberra ever again.

Luckily, some stuff happened that helped give me the boost I needed to start my new adventure.

First of all, I got fired. Specifically, I got fired after I’d already tendered my resignation. That’s how badly they didn’t want me around: they already knew I was leaving within weeks, but decided they just couldn’t wait that long.

See, I’d become kind of a pill. And by “pill” I mean “jerk” and by “jerk” I mean “cunt”. I’d been employed at the radio station in four separate positions by this point: They’d kept me on staff in 2007 when my breakfast show ended (even though it would have been easier to let me go), they’d rehired me in 2008 after the Sydney disaster (even though it would have been easier to say “yeah, nah”), and they kept promoting me internally, allowing me to to hop from department to department. So by 2010 I thought I was King Shit. Untouchable. I stomped about the place like Sookie Stackhouse: shouting and bossing and making demands with zero regard for my own safety, and never once considering even the remotest possibility that people might be sick of me.

And, just like Sookie, my blood smells inexplicably delicious and also I am part fairy.

This is why, the day after I’d handed in my resignation, I had no qualms about starting a shouting, stand-up fight with a coworker in the middle of the open plan sales floor. A week later, I spent an entire day in a terribly foul mood, writing and sending venomous emails to several different coworkers about Ways They Were Making My Job More Difficult. (That little boy who corrected everyone else’s first grade writing assignments was rearing his snotty, precocious head once more.)

The morning after that, I got into a spat with, of all people, the general manager. It was over something ridiculously trivial, but it ended with me hissing at him “Well you must think I’m a reeeeeeal arsehole, huh?”, and I’ll be damned if I didn’t find myself in the boardroom twenty minutes later being told I had an hour to quietly remove myself from the premises. 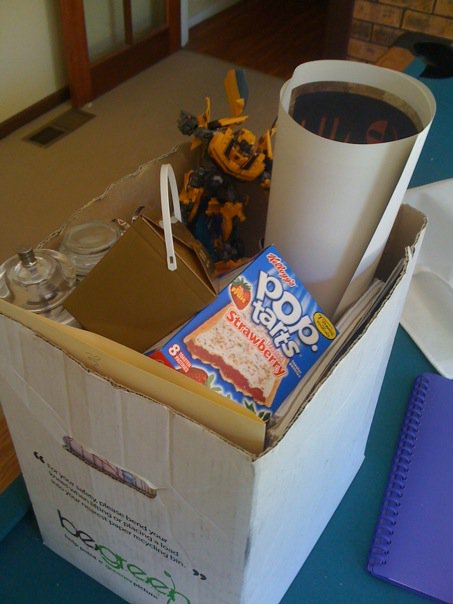 This is the photo I petulantly posted to Facebook the day I was fired: the box containing the sum total of my office/desk belongings. Looking at it now, I can’t believe they didn’t take me more seriously.

“That’s okay,” you might think. “That just means more time at home to pack and organise for the move?” Well, yes, that was true for the first four days. But on the fifth day I woke up to find we’d been burgled. Half our worldly possessions, including a set of house keys and Zak’s car, had been stolen.

“That’s okay,” you might think. “That just means less stuff for you to pack?” and sure, okay, let’s go with that, you weirdo. But what kind of silver fucking lining do you have for  three days later when one of my fillings just fell out of my mouth? I mean sure, I hadn’t had the best track record with teeth so far; I shouldn’t have been surprised. But COME ON.

Those last six weeks in Canberra were a tremendously painful and upsetting six weeks. But, weirdly, they were such a gift. Because they made me want to leave so badly. The fear of what was to come was nothing compared to the agony of what I was leaving behind. And I’d burnt my bridges at the radio station so tremendously that I knew I couldn’t come back even if I wanted to. My safety net was gone; I had no choice but to stay on the tightrope.

And so, in March 2010, I left for Melbourne. It’s one of the best changes I’ve ever made. I love Melbourne, and as long as I live in Australia I don’t want to be anywhere else.

That’s not to say I got off to the best start. My first Melbourne home was a sharehouse with two 20 year olds who still thought milk crates were furniture. That was quite a rapid descent from the four bedroom, two lounge room, solar-heated pool glory of The Ponderosa. 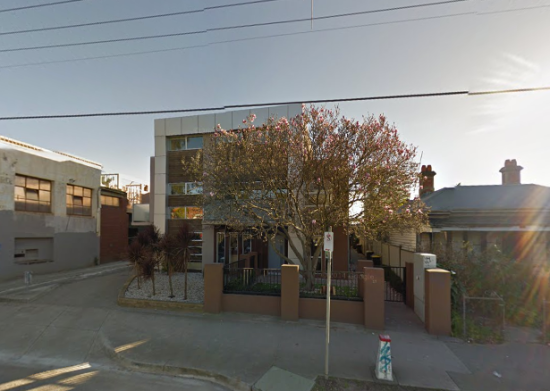 And it was a three storey joint so that’s, like, a LOT of milk crates.

Also, my bedroom had a tiled floor, and because my bed was on castors, every time I rolled over in my sleep, had sex or even sneezed in it, I’d roll around the floor like a very specific pinball machine. But my bedroom needed to be tiled because in one corner of the bedroom there was a shower. No, not an en suite, just a shower. It was exactly like a built-in wardrobe, only instead of shelves and drawers there were taps and a plughole and the niggling suspicion that this room had been designed by a serial killer. I’m not saying it wasn’t super convenient, but it was exceptionally odd.

Which segues perfectly into my first Melbourne job.

You know when you call a company, and that company puts you on hold, and in between the vague, generic music there’s some manner of recorded message from the company offering a product or advising you of some arm of the company you hadn’t previously heard of? Yeah. I wrote those for a living for eleven months.

I put that box of shit to good use: decorating the new office exactly like the old one (though I had eaten the Pop Tarts by that point). I can’t believe they didn’t take me more seriously.

The company that provided these messages was run by some pretty dedicated oddballs. They were the only small business owners I know of that did the kind of “Christmas bonus” thing you see on TV. On the last day of work for the year, you were handed a generic Christmas card; inside the card was a pile of cash that reflected how they felt about your performance over the previous twelve months. Through office gossip I found out the most anyone had ever received was $1000. I found $700 in mine, and was speechless with emotion. Still, I couldn’t help but wonder what I’d done to cause $300 worth of disappointment. Was it one big $300 clanger that I’d done one time? Had I cost them a client? Or was it a tiny one dollar infraction that I did every day, like using too much milk when I made my coffee in the office kitchen?

I make fun, but they were a team very dedicated to their work. In fact, they were so dedicated, they could never find enough free time to schedule new photography sessions for the website’s staff headshots. Instead, they got into the slightly disturbing habit of simply taking a snap of any new staff members, and photoshopping their head onto the body of a departed staff member. On one occasion, someone had their head put on the body of a person who had actually departed. Like, departed the mortal plane.

I am so glad I arrived in time for the first fresh batch of headshots in ten years, and I do not want to know who they put on my body after I quit.